Sneaking around in dense bush spooking sika deer just wasn’t working for me! I had been forced to become a bush hunter after trying the open country during summer/spring hunts with mates who would proudly state, “there’s one’” while looking through their binoculars way up on the Kaweka faces. Being profoundly colourblind, I hadn’t a hope of seeing the reddish-orange coats of the sika deer in summer, and gave up in disgust, as a bad idea!! I decided if I was to have success, I would need to get close and learn the art of bush stalking!

What sounded like a brilliant idea at the time proved to be harder than I thought. I would play rugby for my club team, Havelock North, on Saturdays, and then take my battered body hunting on Sundays sneaking around in the Ruahines, or the Kawekas, covering some neat country… This continued for several years and to be perfectly honest I wasn’t much good at either. I absolutely loved running out to do battle with my mates every weekend on the rugby field but my heart was in the bush. I decided if I was to become any good at this hunting caper, I had to devote more time learning the craft, so at the ripe old age of 25 I retired from the game…

Sika lived in the forest and I was getting bloody good at spooking them as I snuck around trying my best to catch one out! This just wasn’t working, so the next big idea was to get me a hunting dog. I had read about guys using fox terriers in the Kawekas, and had even seen one on the cover of an old OutDoor magazine that looked cool, a hunter posing with a red stag and a foxy dog!

What did I know about dogs? Next to nothing, as growing up, we never had a dog as a family pet! Although I had purchased one other dog before this, (that’s another tale) I did everything wrong from the start, and should have asked for advice instead of rushing in and buying the first bargain that I tripped over!!

From memory a friend suggested I check out a litter of foxies in Hastings that was going cheap! It was a massive rookie mistake not being able to view both parents! Buck turned out to be a six fingered dog, owing to extra dew claws, while his hind quarters were not too flash either! I parted with my cash and took my little bundle of hunting dog home!

I needed a name for a real hunting dog that would command respect! My mind drifted back to June 14th, 1987 on the embankment at Ballymore Stadium! I was with a bunch of other beer-fuelled Kiwis as we watched the All Blacks dismantle Wales by 49 points to 6, on their way to World Cup glory… But the single moment that stuck in the mind from that game, was the fight that broke out between the two forward packs. All Black legend Buck Shelford knocked out Huw Richards in the ensuing brawl, amid the loud roar from the drunken kiwis on the bank! The sniggers that reverberated around the hills must have been as loud as the roar of a stag, when other hunters witnessed Buck and I leaving a car park together on another mission!

A 6 foot 4 inch giant with a tiny little miniature foxy in tow, striding off into the hills! My theory was simple, all I had to do was put the dog in a position to take advantage of the wind and learn how to read Buck’s body language! This worked to some degree. I would sit happily in a gully watching for all I was worth, keeping my little mate in close using that super nose that all dogs possess!

This turned into a relationship where we started to score about half the time when we hunted together. Back in the eighteen hundreds, fox terriers were bred primarily as a small weapon to enter a fox’s den and chase them out! They developed to be great on rats and possums but can get turbocharged with excitement and are bloody hard to control once that red mist takes over!

Buck became a wicked, loyal little mate who lived for hunting as much as I did. However, one of his biggest failings was his lack of size, along with any decent hair cover on his chest, that would get scratched to bits in the tough environment. He had a hell of a ticker though and walked all the way from Clements Road near Taupo back through the Kawakas and over the main range more than once… 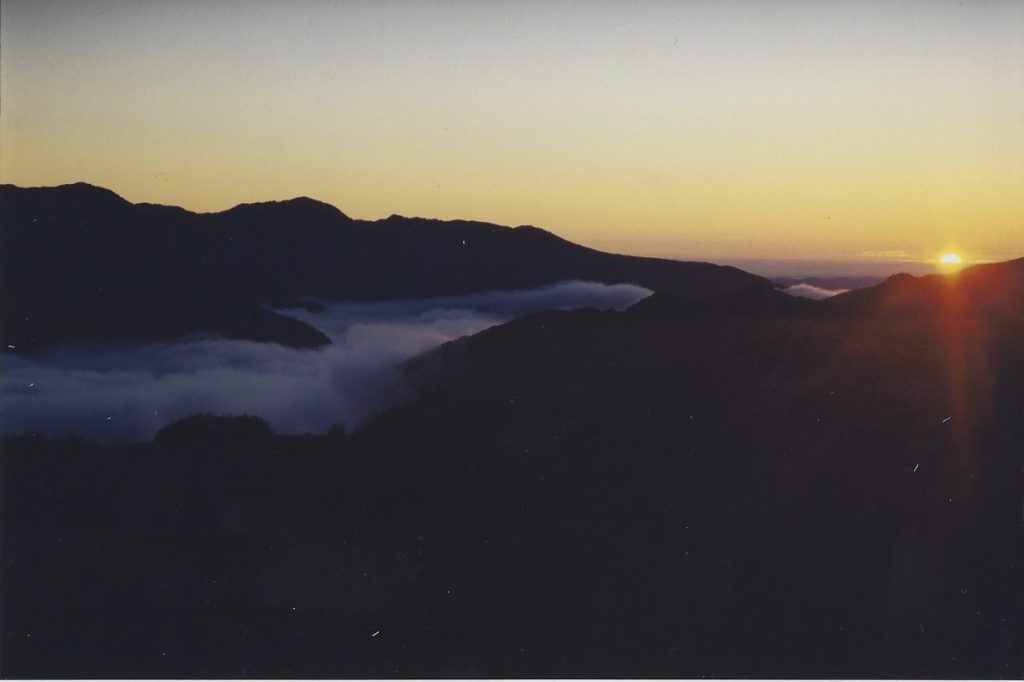 One particular morning I sat out from camp sipping on my tin mug of coffee with the little transistor radio going. I was listening to Jonah Lomu smash England at the 1999 Rugby World Cup while the sun came up in the eastern sky. Once the game was in the bag, Buck & I headed off for a hunt and soon entered the beech forest for a glorious morning of bush hunting. We hadn’t stalked far before his little nose started to work! I peered hard to find what he knew was there, when a slight movement at 50 yards showed an ear flicker! A stag was looking hard our way, and all I could make out was his head and antlers, with those ears working like radar detectors as his nose quivered, sucking in the air. The stag’s body was covered by low scrub so I carefully took aim below his chin at the base of his neck. Buck stood just to my side, frozen like a rock…

Boom, went my fully wooded Sako 7mm08 carbine, sending the 140g projectile his way, in a small cloud of smoke! Now, under normal circumstances, this would result in a good deer to harvest and pack back to camp. I wandered over confidant of my shot expecting to find a dead deer! I got to the spot to find nothing, no sign of blood and the dog was missing! Next minute, down the ridge, I could hear Buck giving his foxy yap as he chased something. This is never a good sign. The yapping soon stopped and became a bark as he bailed something. I ran for all I was worth, down through the forest dodging trees, but closing the gap before bursting onto the scene. The dog was 10 feet off a weary-looking stag, who was sizing up the little dog with evil intent in his eyes!

I tried to call the dog off, not wanting to risk hitting Buck or deafen him more than he needed. However, the bloody stag turned and high tailed it down the ridge into thicker undergrowth!!

Buck was soon back on the trail like a pig dog, before another bail took place and again, I finally got there but couldn’t place a shot in the thick undergrowth. This wasn’t going to plan, and I was getting a bit pissed off at this stage with all the running. I managed to yell at the dog and call him in. With Buck secured to a rope, I took stock of the situation and caught my breath. It was obvious the stag wasn’t too badly hurt so I made the call to sit down for 15 minutes and hope he might either fall over or lie down and seize up. Finally, we snuck down towards the lower end of the ridge which dropped into an open creek. Buck tracked him up the twisting stream for about 50 yards, with his little nose firmly working overtime as he ground scented after the animal.

We caught up with him around a bend and I quickly put him out of his misery with a shot to the engine room as he was about to depart again!! Without the little hunter, I wouldn’t have found that stag in a million years. Curiously the stag didn’t have any visible wound from the first shot!! To this day I am convinced the stag had a concussion from the first bullet exploding on small branches in front of his face, and was really confused by the little yapping dog after him. Buck and I had many years of adventures together and I have lost count of how many deer we accounted for. I would recommend any young hunter, desperate for their first hound, to consider a fox terrier. Small, compact and very loyal, and with today’s electronic training collars, they can be controlled as well as any of the expensive pointer breeds.